Brain injury may boost risk of Alzheimer’s earlier in life

Written by imran sheriff on March 18, 2018. Posted in Uncategorized 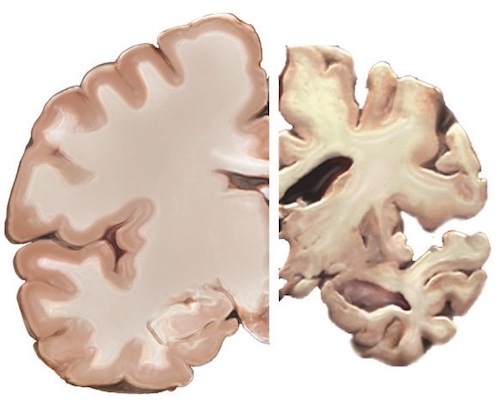 Concussions and other traumatic brain injuries may increase the risk of developing Alzheimer’s disease earlier in life, according to a study from UT Southwestern’s Peter O’Donnell Jr. Brain Institute.

The research – the first to use autopsy-confirmed cases of Alzheimer’s disease to examine the long-term effects of head injuries – supports a correlation that could only be speculated about in previous studies, which lacked definitive diagnostic methods.

An analysis of more than 2,100 cases found that people who sustained traumatic brain injury (TBI) with loss of consciousness greater than five minutes were diagnosed with dementia on average 2 1/2 years earlier than those who had not experienced TBI.

The findings come amid rising public concern over the safety of contact sports such as football, largely stemming from revelations that some former NFL players may have sustained permanent damage to their brains from repeated head impacts. But study authors warn they still don’t know the specific processes by which TBI appears to be associated with Alzheimer’s disease, and are unable to predict in individual cases who is more likely to develop dementia later in life.

“We need to be aware that brain injury is a risk factor, but parents shouldn’t keep their kids out of sports because they fear a concussion will lead to dementia,” said Dr. Munro Cullum, a neuropsychologist who oversaw the study and is leading the nation’s largest statewide effort to track concussions in youth sports. “This is a piece to the puzzle, a step in the direction of understanding how the two are linked.”

The study published in Neuropsychology differs from previous studies on the degree of the association, with some reporting TBI history can accelerate onset of Alzheimer’s by up to nine years and other research finding no relationship between the two. However, those studies used less definitive methods to diagnose dementia, which raises the possibility they included data from patients who didn’t have Alzheimer’s disease.

More research is needed to answer several questions not addressed by the new findings, such as specifically what happens during a TBI that might contribute to dementia later in life for some individuals, what other factors play a role, and who is most susceptible. Scientists speculate that inflammation occurs in the brain following a TBI, which may set the stage for the later development of neurodegeneration, and that other genetic factors and unknown triggers or risk factors are probably involved.

But solving these mysteries may take decades given the lack of detailed TBI history being kept on many patients. Dr. Cullum said most clinical researchers are not recording thorough head injury histories on their participants, which has limited scientists’ ability to draw in-depth conclusions on how TBI may affect a number of neurologic and neuropsychiatric conditions.

Some progress is being made on that front. In conjunction with Dr. Cullum, other researchers from the O’Donnell Brain Institute are involved in studies that may help reveal the roles of brain injury in other conditions, such as depression, and enable scientists to assess the incidence of neurodegenerative conditions as study participants age. In addition, the NCAA has begun collecting detailed concussion histories on 32,000 of its athletes.

“But we have to wait 40 to 50 years until those college athletes are in their 60s and 70s to study them and know the outcome,” Dr. Cullum said. “That’s going to be a long wait. We need researchers now to start collecting this information as part of their routine studies. Until we have more detail, all we can look at are correlations.”